Beach, sun, sea, fun and most importantly: safety. In this regard, Guarujá has put a good part of its efforts in order to bring the tranquillity so that the residents and tourists enjoy not only the summer, but the whole year. After all, a safe city attracts more tourists and reassures the entire population. 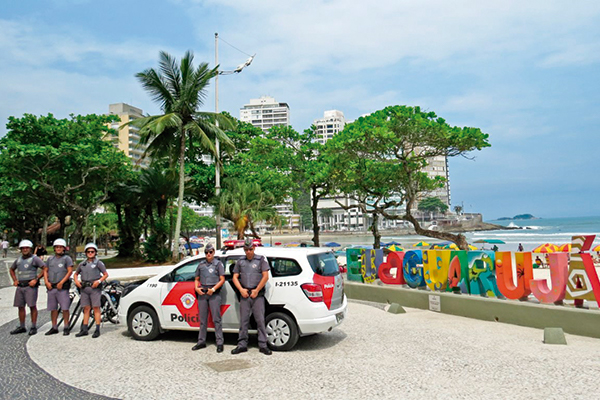 Many actions have been put into practice by the State Government. Recently, the 21st Military Police Battalion of the Interior, responsible for the policing of the municipalities of Guarujá, Bertioga and Cubatão, received nine new vehicles – seven destined for Guarujá and the other two for Bertioga and Cubatão. The cars will aid policing and attendance of occurrences.

In addition to the vehicles, another project foresees an increase in the safety of all – Municipal Decree 12.381/2017 regulated the use of calibre firearm allowed by the Municipal Civil Guard (GCM) of Guarujá. To the total, 35 agents have already passed the training course for the possession of firearms.

The technical training was given by the Metropolitan Civil Guard of São Paulo, through a technical cooperation agreement between the two municipalities, and Guarujá will continue the training of all its operational staff.

The Gunsmith course is offered free of charge by the company Taurus Armas and enables the professional to perform maintenance, correct engine failures and replace parts of firearms. 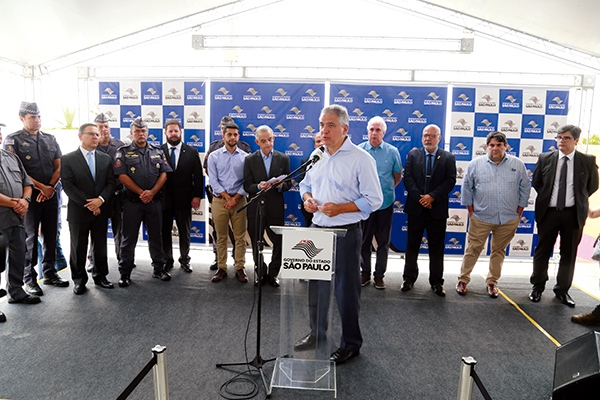 In mid-December, the former governor of São Paulo, Márcio França, launched Operation Summer 2018/2019 – an action with ostensive policing that extended until February 8th, with 2.758 military police officers who reinforced security in 16 municipalities of the south and north coast of São Paulo, where 405 of those being only in Guarujá.

Throughout the operation during the summer season, the corporation received reinforcement of 601 agents and 29 other vehicles, in order to enhance the effectiveness of policing and reduction of occurrences. In addition, 1.521 vacancies were opened for the Civil Police – 372 for the North Coast and 1.149 for the ‘Baixada Santista’. The agents worked in places of great flow, such as beaches and tourist spots, besides areas of strategic interest of the Public Security Secretariat.

“In 2018 we had the best rates of crime reduction of all time in the state. Operation Summer goes beyond public safety, it also affects every economic area. When a region is safe it attracts more tourists,” said the former governor.

Technology is also allied when it comes to safety. A Guarujá Task Force, linked to the Department of Defense and Social Coexistence (Sedecon), received new equipment that, according to the Deputy Secretary of Defense and Social Coexistence, Carlos Smicelato, was employed in Operation Summer with the objective of increasing the scope operational team.

Among the equipment there is a Drone DJI Mavic Fly More Combo Gray NA, a Decibelometer Dec. 490 Digital C and 20 Espargidor (personal defense sprays of 50g). 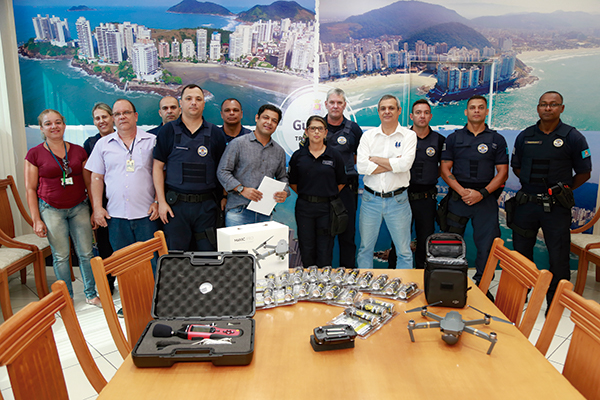 For the Task Force director, Valéria Amorim, the drone is essential to monitor the areas of invasion, since the team will be able to do a mapping of the place. The decibelimeter, in turn, is important to maintain the correct measurement of the noise indices of the reported places, and the personal defense spray is part of the safety of the agents who do not need to enter a physical fight with the aggressors.

Beware of the children

Full beach means extra caution with children, who can get lost from their parents among so many people. To help in this sense, the Municipal Government of Guarujá, with the support of the Municipal Civil Guard (GCM), put into practice the project “Do not lose yourself.”

To participate in the initiative, the person in charge should look for one of the project tents upon reaching the beach and pick up an identification bracelet. The parents and children’s data are kept confidential. Each bracelet has a registration number and the colour of the tent, which represents the part of the beach where the identification post is located. In all, three tents were installed along the beaches of Pitangueiras and Asturias.

Efficiency is the oxygen of public authority

1922 – The Art Week that revolutionized Brazil

ESG: Why is it important for companies?