The Winners – As a lawyer of one of the oldest law firms in Brazil, with more than 65 years of existence, what made you accept the request to be the Honorary Consul of Monaco in Brazil?

Arnoldo Wald Filho – As a lawyer and patron of various legal causes, I feel honored to represent the Principality of Monaco, a self-sufficient and very representative country in the European Continent.

It is, also, a truly motivating challenge and an effective way of contributing with the expansion and further development of the economical and sociocultural bilateral relations existing in between Brazil and Monaco.

At last, my acceptance was motivated by the possibility of endorsing the diverse causes sponsored and supported by Your Highness Prince Albert II of Monaco, like the activities developed at Monaco’s Oceanographic Museum, founded by his great-great-grandfather, and at his foundation, “Prince Albert II of Monaco Foundation”, which has been dedicated, in the past 50 years, to the preservation of the oceans and marine ecosystem.

TW – What is the origin of your relations with Monaco? When was your first visit to the Principality?

AWF –  As a tourist, it has been more than 30 years since I visited the Principality for the first time and, ever since, the institutional relations were developed until my honorable nomination as the Honorary Consul of Monaco in Brazil.

Under an institutional perspective, it is important to compliment the fantastic job that has been made by the Consul of Brazil in Monaco, Mr. André de Montigny, and his wife, Ms. Luciana de Montigny, which is absolutely complementary and harmonious with the work I have been doing in the Brazilian territory. 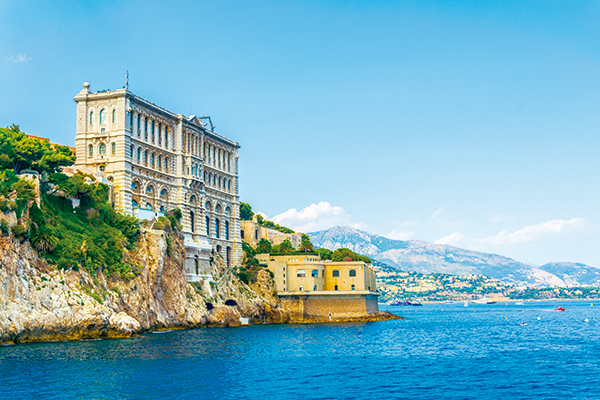 TW – Dr. Arnoldo, you are involved with a diverse range of social activities. What are these activities? Does your wife coordinates them?

AWF – Currently, besides the consular activities, I support the “Prince Albert II of Monaco Foundation”, which is dedicated to the environment protection and the promotion of global scale sustainable development, and the “Association Monaco Brazil Invest – AMBI”, a private non-profitable association that promotes commercial, financial and economic cooperation between Monaco and Brazil and which is presided, in Monaco, by Mr. Marcos Pileggi and, in Brazil, by myself.

In our personal life, we also support, under the coordination and permanent assistance of my wife, a lot of different projects and activities related to heath care, education, arts and culture.

We also have a permanently concern with the political and socioeconomic balance of the country, which is nowadays reflected in the help of disadvantaged people and in the refugee matter, not only in Europe, but also in Brazil.

Finally, in my legal-professional life, it has been more than 20 years since I am a member of the Federal Council of Brazilian Bar Association, a class entity that represents the interests of the hole society and the interests of more than 1 million registered lawyers in the country.

Finally, in the legal area, it is worth mentioning the honorable work under development by the brilliant lawyer Mr. Richard Mullot, Esq, Chairman of the Monaco Bar Association.

TW – Dr. Arnoldo, you recently welcomed Your Highness Prince Albert II of Monaco, who came to Brazil for the Monaco Blue Initiate – MBI. What are the activities developed by the MBI?

AWF – Your Highness Prince Albert II of Monaco is a great friend of Brazil and had been in São Paulo for the MBI and in Rio de Janeiro for the Olympic Games. In the Olympic Games, by the way, Monaco’s Olympic Committee was very participative and represented the Principality in a lot of games and related events, always with a message towards environmental protection and social support.

MBI, in the other hand, is a Discussion Forum jointly organized by “Monaco’s Oceanographic Institute”, the “Prince Albert I of Monaco Foundation” and the “Prince Albert II of Monaco Foundation”, that holds annual meetings with its members and agents of the market and corporate world, the academic and scientific community and the organized civil society, in which are discussed and analyzed possible synergies among, on one hand, marine ecosystem protection and, on the other hand, socioeconomic development.

The MBI is another of the various admirable initiatives of Your Highness Prince Albert II of Monaco, whom, like his father, Prince Rainier III, and his great-great-grandfather, is a born conqueror. And in the 21st century, that means a person that passionately fights in the great global causes in behalf of a more just, equal and fraternal global society. 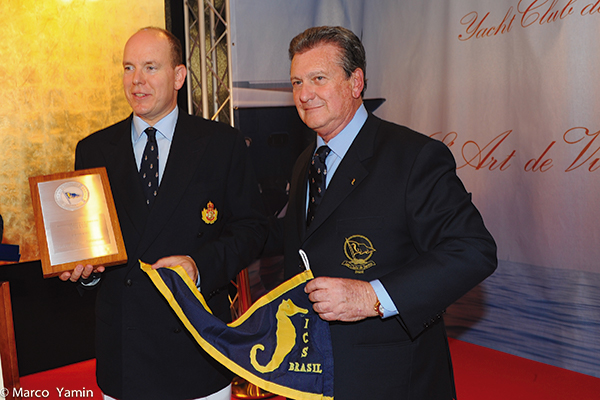 TW – Dr. Arnoldo, what are your plans as Monaco Honorary Consul in Brazil for the next few years?

AWF – I particularly believe that Monaco, far beyond than just a country, is a benchmark for efficiency, work, luxury, education and culture, which, in its own manner, can also serve in different aspects as an example to Brazil.

The Principality is also a truly international hub that concentrates forums and events related to diverse themes and activities, and counts with the presence, in its territory, of many international companies, including prestigious auditing firms.

We want, therefore, integrate Brazil with the main international events that continuously take place in the Principality, like sports events – Monaco Formula 1 and Formula E Grand Prix’s, the “Yacht Show” and the Monte Carlo Tennis Open -, and cultural events (opera, theatre and literature), as well as many executive and corporative events.

In this regard, it is important to highlight the partnership between Monaco Yacht Club – designed by the renowned architect Sir Norman Foster – and Rio de Janeiro and Santos Yacht Clubs, the last one so well represented by Mr. Berardino Fanganiello, the success of which we attribute to the President of Monaco Yacht Club, Your Highness Prince Albert II, to its Director, Mr. Bernard d’Alessandri, and to the responsible for the public international relations of Monaco Yacht Club, Mr. Pierre D’ Hainot.

Besides that, under the coordination of Michel Dotta, Chairman of the Monaco Economic Board, Monaco’s real estate executives recently came to Brazil, demonstrating a bigger opening and closer economic relations in between both countries.

In that sense, it is important to highlight the active participation of Monaco’s Ministers of Finance and Economy and Foreign Affairs and Cooperation, Mrs. Jean Castellini e Gilles Tonelli, and the constant and gentile presence of the banker Gian Luca Braggiotti, who is a member of the board of directors of a number of private companies in Europe and United States, including “Monaco Asset Management”, and is the representative of one of the most traditional Monegasque families.

We also want to integrate Brazil with the world-class tourism developed in Monaco, so well represented by the Societé Des Bains de Mer and its 5 star hotels, including the “Monte Carlo Bay Hotel & Resort”, where I have the pleasure to stay every time that I travel to the Principality, along with the big range of restaurants and entertainment houses. It is also important to remember that Monaco is a maximum-security country on the shores of the Mediterranean Sea, which is one of the most beautiful places on earth.

Finally, as Honorary Consul of Monaco in Brazil I will keep working for closer relations with the Principality and its Chief of State, Your Highness Prince Albert II. 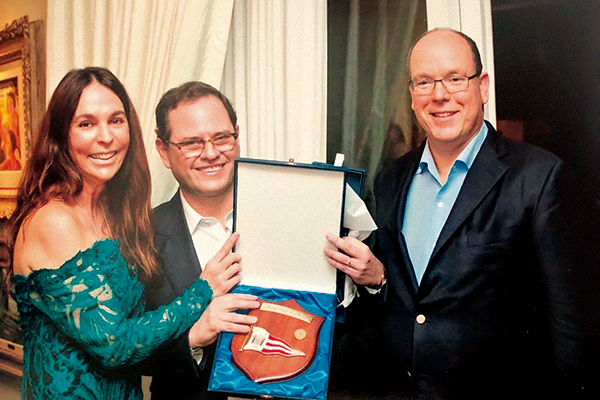 TW – Dr. Arnoldo, how was your relation, as Honorary Consul of Monaco in Brazil, with São Paulo State Government?

AWF – It was excellent. Sao Paulo State Government was always very open to our ideas and supported, in its own manners, our projects and activities.

The former state governor, Mr. Geraldo Alkmim, and São Paulo City former mayor, Mr. João Doria, became true friends of Monaco and we are looking forward to work with the new Government, which certainly will follow the previous one, since we are in the middle of the regional elections.

TW – The world drives us to a big environmental and sustainability concern. As the Monaco Honorary Consul in Brazil, how do you expect to help raising awareness about these matters?

AWF – We will help through the support, promotion and participation in all the initiatives, events and projects, among others, of the “Monaco Blue Initiative” and “Prince Albert II of Monaco Foundation”, which currently are in the forefront of the huge variety of causes related to the environment and sustainability, especially when it comes to marine ecosystem preservation and sustainable socioeconomic development.

For me, it is an absolute honor to take part in the noble’s initiatives and causes sponsored by Your Highness Prince Albert II, a leader truly ahead of his time. 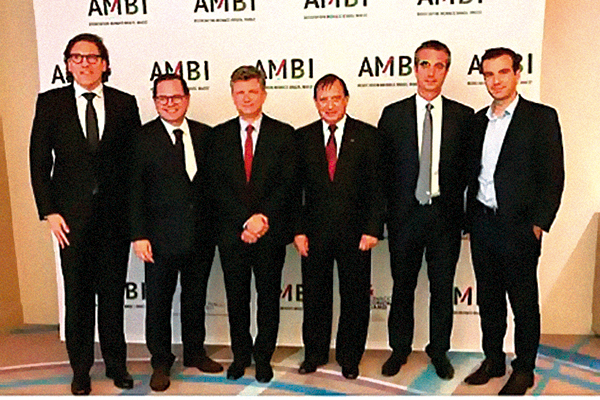 TW – The EU is about to sign the biggest free trade agreement of its history with Mercosul. How do you see this agreement economic and socially speaking?

AWF – The free trade agreement, under negotiation and to be signed by EU and “Mercosul”, will definitely allow the expansion and further development of the already intense commercial relations between both economic blocks and, consequently, it will increase the foreign investments in South America and Brazil.

I also hope that the above-mentioned agreement will also help the national economy recovery, in order to generate job opportunities and to increase the population purchasing power in a moment in Brazil marked by a slow and progressive exit of the economic crisis faced in the country in the past years.

TW – Do you believe that the agreement will be signed soon?

AWF – As far as I know, there are still some aspects and topics under negotiation that make me believe that the agreement, which now has been object of treaties for many years, will be signed only in 2019. 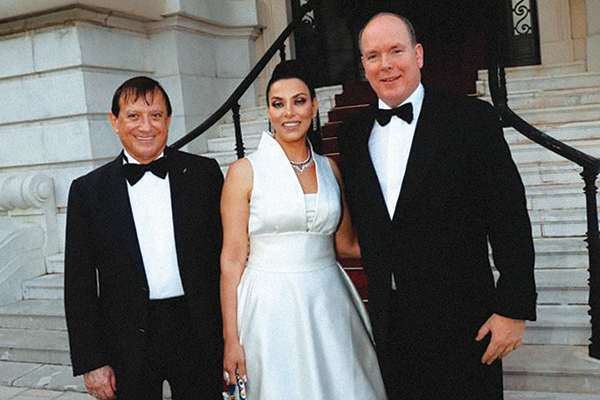 TW – Why Brazil is distant from the international market, presenting itself as closed economy?

AWF – I cannot believe in this statement.

I think Brazil has been making major efforts in order to expand the global discussion about relevant matters related to sustainable development, like the preservation of national threatened biomes, especially the Amazon, “Cerrado” and “Pantanal”.

Of course, it will be also necessary to expand and develop the commercial relations with the global economic powers, like USA and China, but on the other side, the agreement to be signed in between “Mercosul” and EU, in which Brazil has an important leadership Part already shows a bigger opening of Brazil and South America before the international market.

TW – What is your vision for Brazil, economically speaking, for the next decade?

AWF – Super optimist! I believe that Brazil, in the next decade, has perfect conditions to recover its global leadership Part in the environmental and social issues and to once again appear in the top places in the international economic ranking.

TW – Do you have any event with Monaco scheduled for 2019?

AWF – Yes, we have a full agenda of events for 2019 and we will soon bring updated information in the Consulate website: http://consuladodemonaco.com.br.

Efficiency is the oxygen of public authority

Jorge Pérez: The visionary man who transformed the...

Giovanna Antonelli: The entrepreneurial and versatile side present...

Fernando Capez: Engaged in the most relevant causes...

José Luiz Gandini: The vocation and innovation that...

André Pepitone: A management marked by innovation in...

Paulo Serra: The family man who honors his...